Dae-Soo Kim, born in 1955 in Seoul, Korea, lives and works in Pairs and Seoul.  Dae Soo Kim’s photographic images have a highly magical content.  In European art history the aura of a work is a well known phenomena.  Dae-Soo Kim’s work stays in this tradition.  He works with one of the oldest photographic techniques, allowing not only a long duration, but also a finely differentiated approach.  The analogue camera supports this personal view of his.  He examines his motifs frontally, goes up-close, choses sections, works with oblique viewing angles, and thus presents the uniqueness of the bamboo plant.  Black and white films offer a very high quality that Dae-Soo Kim knows how to push to its limits.  They are so close as to be grasped, and because of their black, grey and white contrasts they become untouchable.  What remains is wonder, and careful observation.

He approaches his topic of Bamboo with sensitivity and delicacy.  Bamboos, as isolated tall plants, border the views of mountains laying in fog and clouds.  Bamboo stalks are photographed up close, and like x-rays lit up.  Bamboos as impenetrable forest in regulated sections, then the movement when the lancet formed leaves of the crowns of the stalks appear, to reveal a complete deep darkness.  And finally, a view to a forest of leaves to which the contemplative eye, is a fan-like structure.

The bamboo plants grow up to 30 meters high, and in Korea have a high symbolic power, but also an economic value.  This extends to the manufacture of household and industrial objects like chopsticks and scaffolds to musical instruments.  As vegetables, the sprouts are appreciated internationally.  The plants can be hardly bent in the wind, and recover their shape on their own.  They were regarded by the Korean intelligence as a model for a pure and humble attitude to life.  One of the most well-known Korean bamboo painters of the Joseon period includes Yi Chong (1541-1625).  Whoever wanted to prove himself as a court painter, had to first master the design of bamboo plants. 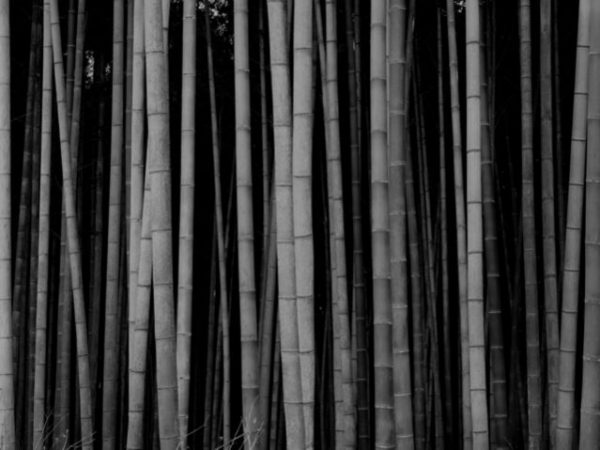 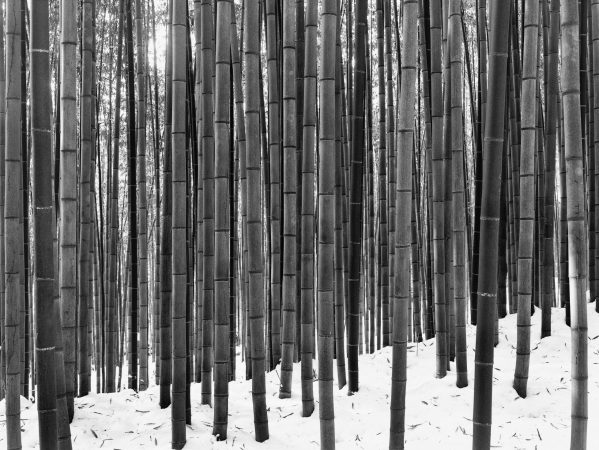