Elliott Landy was one of the first music photographers recognized as an “artist”.  In the mid 1960’s he began documenting the underground music culture of New York City, which happened as a result of his return to the US from Europe, in order to photograph the big peace demonstrations taking place in New York and Washington, DC.  Since many of the leading musicians during that period were also politically active, it was a natural progression for the idealistic photographer.

After exploring that world, Elliott moved on to other inspirations and art forms, photographing his own children and travels, creating impressionist flower photographs and doing motion and kaleidoscopic photography in both still and film formats. Additionally, he is compiling an intensely beautiful and intimate body of work of his own life in a project called “Love After Sixty”.

Elliott is the author of six photographic books and his images have been exhibited in major museums and galleries throughout the world. His photographs have been published worldwide on the covers of The Saturday Evening Post, Life Magazine and Rolling Stone. Some of the musicians who have been part of Landy’s vision include The Beatles, Jimi Hendrix, Janis Joplin, Jim Morrison, Eric Clapton, Joan Baez and Linda Ronstadt. Being referred to as the “official” photographer of the Woodstock Music and Arts Festival great albums have been graced with iconic Landy photographs, such as, Bob Dylan’s “Nashville Skyline”, Van Morrison’s “Moondance” & “The Band” and “Music From Big Pink” by The Band. Fans of these landmark recordings will be thrilled to see a more complete rendering of the images taken during those same album photo sessions. 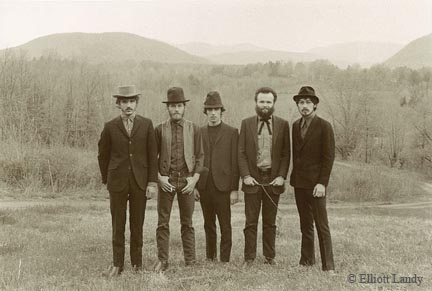