Born in 1923 and raised in Allentown, PA Herman Leonard witnessed an image being developed in his brother’s darkroom at the age of 9 and became enthralled with the magic of photography. As the official photographer for his high school, Herman quickly learned that with a camera in hand, he had an opening to people and events that his shyness would have prevented him from experiencing. When it came time for college, he chose Ohio University, which was the only university to offer a degree in Photography at the time. His college studies were interrupted from 1943-1945 as he served with the United States Army in Burma with the 13th Mountain Medical Battalion as an anesthetist. Herman returned to college and graduated in 1947 with a Bachelor of Fine Arts degree. His most influential teacher was master portrait photographer, Yousuf Karsh, to whom Herman was an apprentice in Ottawa, Canada from 1947-1948. Herman also assisted Karsh in the darkroom and with sittings including Albert Einstein, Harry Truman, Martha Graham, and Clark Gable.

In 1949, Herman’s passion for jazz brought him to New York City’s Greenwich Village, where he established a studio at 220 Sullivan Street and captured the swinging clubs of Broadway, 52nd Street and Harlem. With the camera as his free ticket, he photographed and developed friendships with some of the greats of jazz history including Charlie Parker, Dizzy Gillespie, Billie Holiday, Duke Ellington and many more.

In 1956 Leonard was chosen to be Marlon Brando’s personal photographer for an extensive research trip to the Far East. In the late 1950’s Leonard headed for Paris and
continued to photograph the prolific jazz scene, while working in fashion and advertising and serving as the European photographer for Playboy Magazine.

In 1980, Herman moved from Paris to the island of Ibiza, where he remained until 1988. During that time Herman rediscovered his jazz negatives and in 1985 released his first book, The Eye of Jazz, published by Hachette/Filipachi Publications. In 1988, the first exhibition of Herman’s jazz photographs was held at the Special Photographers
Company in London. Herman’s first US show premiered in 1989 and toured nationally.

One of Herman’s long time friends, musician Quincy Jones probably described Herman best. “I used to tell cats that Herman Leonard did with his camera what we did with
our instruments… Herman’s camera tells the truth, and makes it swing… Wherever Herman was, that was where it was at… After all these years, his work is still music to my eyes.” Herman was a great friend to many lucky people, including me. We lost this great spirit in August 2010. 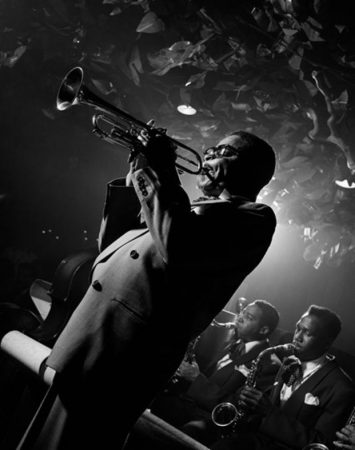 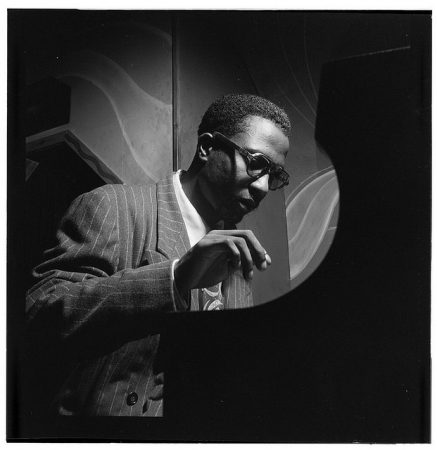