A symbol of the Chinese people, the Great Wall, has a more than 2000 year history; built as a barrier to repel foreign intruders, it has become recognized as one of the world’s greatest architectural wonders as well as a symbol of Chinese people and culture. Since the invention of photography, the wall has exerted a magnetic pull, drawing photographers from every corner of the globe. It’s a difficult undertaking for a photographer to convey a sense of the immense scale and powerful presence felt by the millions of people living amidst the diverse and often remote topographies, where the wall always dominates the landscape.

Few photographers have been more successful than Liu Shuangfa, who was actually born in a Great Wall village near Beijing in 1952. His path as a photographer was driven as a result of his lifelong passion, fascination [some might say obsession] with the Great Wall. He continues traversing the path of the Great Wall thousands of miles through extreme temperatures and it’s myriad landscapes for nearly two decades on his quest to completely document this landmark that can even be seen from space. He began photography nearly forty years ago and in order to properly realize his vision, chose to use large format 8×10 view cameras and to make his own traditional silver gelatin and platinum palladium to control every aspect of his artistic process.

Liu Shuangfa’s work is held in important public and private collections and museums in China and private international collections. He has won many awards throughout China for both his photography and his printing He published his beautiful book of Great Wall photographs “My Deep Feelings For the Great Wall” by China Publishing House in 2014 and he continues his quest, undeterred by a heart attack where he had to be air evacuated from a remote high-altitude village where he was photographing. Appropriately, this son of a Great Wall village, a uniquely talented photographer and master printer, makes his heartfelt, lifelong project that brings a comprehensive, intimate understanding of this previously unfathomable wonder of the world, the Great Wall of China. 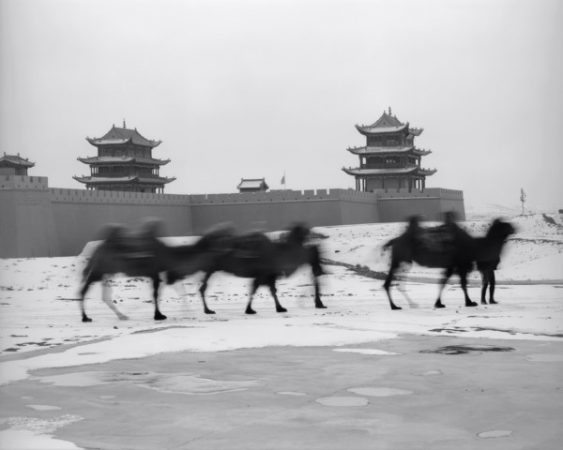