Phil McAuliffe is an American photojournalist and documentary photographer whose impressive professional career spans nearly four decades. His artistry and expertise cover a broad range of subjects, notable personalities and historical events across the globe. He has photographed seven U.S. presidents and six presidential campaigns. Another of Phil’s accomplishments include covering thirty years of the U.S. space program that brought him from the Kennedy Space Center in Florida to the Cosmodrome on the desert steppe of Kazakhstan.

In 1999, Phil was given an assignment to document the arrival of Kosovo refugees to America; it ended with the reunion of two families separated by that war and Phil’s eventual travels to Kosovo. It gave him more time to explore the country in more personal photojournalistic work, adding strong, poignant images of the resilient populace against the backdrop of the war torn nation.

Phil covered the 2001 terrorist attacks in America and in addition to many heartfelt monochrome stills, produced a documentary film on the experience of metro New York area residents called “Stories from the Frozen Zone”. He was in New Orleans after Hurricane Katrina in 2005 and on the job for Superstorm Sandy in 2012 one of the Stills from Sandy was a November 2012 cover for Newsweek.

One of the prominent threads running through Phil’s four decades of imagery is a deep appreciation of fellow artists and musicians. It is easy to spot the legendary trailblazers in music and the arts he’s photographed along the way. In addition to Newsweek, Phil McAuliffe has been published globally in Time, Life, U.S. News & World Report, The London Times, The Guardian, The Daily Mail UK and Stern Magazine Germany. He is currently based in central NJ and Gallery 270 is proud to be the exclusive representative of Phil’s fine art photography and debut Phil Mc Auliffe: The Eyes Have It! as Gallery 270’s first virtual Gallery opening November 12, 2020 at 7PM. You can see Phil’s gorgeous handcrafted darkroom prints on physical display through January 2021. 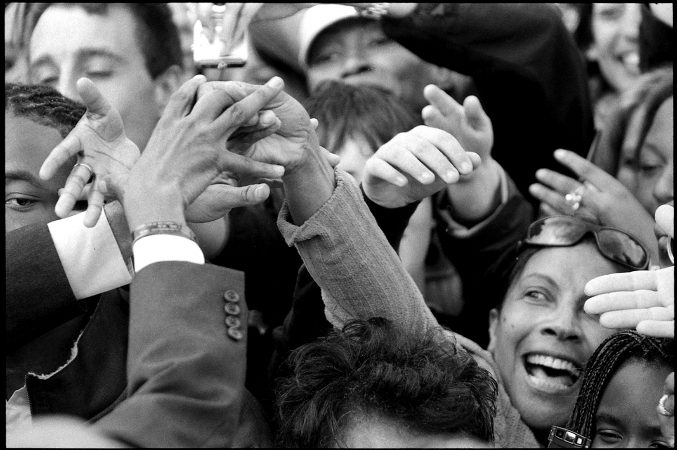