Like many of his generation, Bob McNeely’s stint in Vietnam was to be of pivotal importance to his future. While stationed as a soldier in Vietnam in 1968, Bob began his lifelong fascination with photography. Motivated by the desire to record the momentous events going on around him in this tumultuous time, he purchased a Pentax 35 mm SLR camera. In that first instant of picking up that camera, holding it to his eye and viewing the world through the lens,  his life’s vocation immediately became crystalline clear. Upon returning from his tour in Vietnam, Bob enrolled in a six week workshop with noted teacher/photographer Nathan Lyons, that being the full extent of his “professional” training in photography. Ever a student of the world, he has spent his career expanding his understanding of visual literacy and continues exploring the world through it. Drawn to the beauty and expressiveness of black and white film and darkroom practice and process, the bulk of his work is monochrome. ” Black and white are the colors of photography. To me, they symbolize the alternatives of hope and despair to which mankind is forever subjected” (Robert Frank). From political documentary to street work, to just about anything and everything that catches his discerning eye, his body of work is eloquent evidence of Frank’s words.

Early on, Bob was drawn to political documentary, photographing the Presidential campaigns of George McGovern, Jimmy Carter and Bill Clinton. For his work as President Bill Clinton’s personal photographer, he was twice named among The 100 Most Important People In Photography. He has published two acclaimed books of his photographs from the White House tenure, ” The Clinton Years,  and in 2017, ” The Making of Hillary Clinton” which looks back on her time as First Lady. He has had one man exhibitions in New York, Washington D.C., Arles, France at the Les Rencontres  de la Photographie, and at Visa pour l’Image in Perpignan, France. His archive is housed at the Center for American History at the University of Texas in Austin and his work held in many public and private collections worldwide. 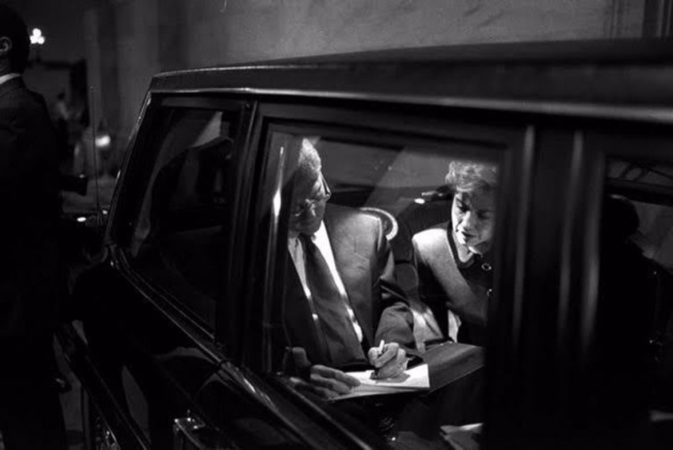