Baron Wolman grew up in Columbus, Ohio and studied philosophy at Northwestern University, then learning German at the Defense Language School in Monterey, California, and eventually went on a tour with military intelligence in West Berlin.  While in Berlin, Wolman sold his first photo essay for publication, a story about life behind the then-new Berlin Wall. From Germany he moved to California to continue his career as a photo journalist.

In 1967 a fortuitous meeting with Jann Wenner, the founder of Rolling Stone, resulted in Wolman becoming that publication’s first chief photographer. For three years his photographs were published regularly in Rolling Stone and became the magazine’s graphic centerpiece. Over forty years later, those same photographs, picture memories of the 60’s, are now widely exhibited and collected worldwide.  In 1970, Wolman left the Rolling Stone to start his own magazine called Rags, the “Rolling Stone of fashion.” The creative and irreverent monthly publication featured styles of the times and was an acknowledged journalistic success. Unfortunately, Rags did not survive the recession and publication ceased after only 13 issues.

When he was suddenly interested in flying during the mid-seventies, Wolman bought a little Cessna, learned to fly and began doing aerial photography. Collections of his aerial landscapes have appeared in two successful books, “California From the Air: The Golden Coast” and “The Holy Land: Israel From The Air.” For many years his colorful airscapes were published annually in his popular From The Air scenic calendars and over the years Wolman had become addicted to publishing’s natural high. In 1974, he founded Squarebooks Publishing, which now has a world headquarters located 60 miles north of the Golden Gate Bridge in Santa Rosa, California and Squarebooks continues its long tradition of publishing an eclectic list of illustrated, quality books.  In August 2001, Baron moved to Santa Fe, New Mexico to savor the tasty chili-infused cuisine, to marvel at its relentlessly beautiful sunsets, and to revel in the ambiance of its delightfully eccentric, artistic community. 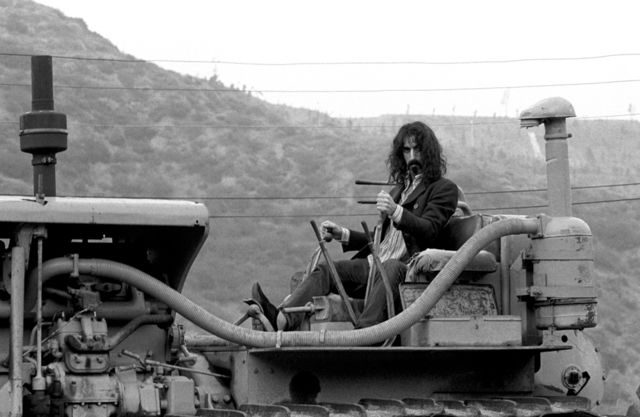